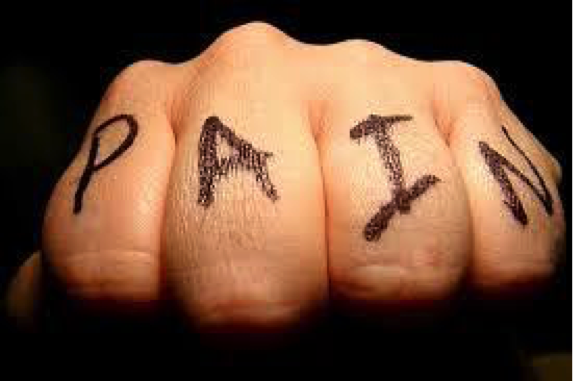 Demand for a national plan to reduce the suffering caused by daily pain is becoming a rallying cry for the generation now known as the Silver Tsunami.  One in five Canadians suffer from chronic pain, and direct costs are estimated at more than $6 billion per year.  Many pain sufferers are baby boomers – Canadians born between 1946 and 1964.  The generation that tackled civil rights, women’s rights, AIDS and breast cancer, will reach 65 between now and 2019 and many more will experience often-painful chronic diseases that the health care system isn’t ready to handle.

Boomers have a long history of tackling big problems and fixing them.  Using the clout of an enormous population size, and the high value they place on wellness, health and fairness, baby boomers have changed the way society responds to social and health issues including AIDS, cancer, pregnancy and birth, ageing and end of life care. As they get older, boomers want to be physically, emotionally and spiritually well until they die.  They expect and will demand access to the full range of treatment options – from massage to opiods to medical marijuana – that are effective in reducing pain and suffering.  They will not be stoic or silent about pain.

Invisibility is a big problem for the seven million Canadians who endure chronic pain every day, all day. No one believes them. Not their friends, their family, their coworkers; not even their doctors. A nationwide survey by the Canadian Pain Coalition found 53 percent of us don’t believe chronic pain exists.

This frustrates Dr. Mary Lynch, director of the Pain Management Unit at the QEII Health Sciences Centre in Halifax. “In Canada, pain is under-recognized and under-treated,” Lynch says. “It’s a huge problem.”

Which explains why pain doesn’t get the attention it deserves when it comes to research or education of doctors and nurses. Boomers who didn’t accept the status quo of indifference to AIDS and cancer are unlikely to accept poor pain care.  A growing number are speaking out to destigmatize the issues and to galvanize others.

Some famous baby boomers are joining them.

FAME CHANGES THE FACE OF PAIN

Canadian hockey legend Wayne Gretzky (b. 1961) joined a pain awareness campaign when he began to experience early symptoms of arthritis. “I didn’t think people my age had arthritis,” Gretzky said. “I want to help others realize that arthritis pain is not restricted to the elderly, and effective treatment is available.”

Actor George Clooney (b. 1961), suffered severe chronic pain from head and back injuries, telling reporters that, prior to a number of corrective surgeries, the pain was so bad that he thought “ending it all” seemed like a viable option.

Like the breast cancer activists of the 1980s and 1990s who came out of the closet after hearing Happy Rockefeller and Nancy Regan speak publically about a cancer diagnosis, people who live with chronic pain are becoming emboldened.

Boomers lifelong experiences as activists have sharpened their skills at mobilizing for good.  They know governments will react when the irresistible force of public opinion and media attention reaches critical mass.

The emerging pain movement in Canada is demanding a national strategy rooted in compassion, informed by evidence and delivered in the communities where Canadians live and work.

A national pain strategy isn’t a sure thing yet, but don’t bet against the Silver Tsunami.

PAIN IN CANADA – 3 WAYS THE SILVER TSUNAMI IS HITTING BACK

Pat Kelly is the Principle with Pat Kelly & Associates, who specialize in building healthcare movements.   www.patkelly.co