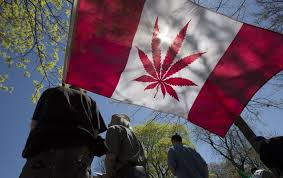 Kicking off the GYST blog series is my #1 choice for how not to run a healthcare campaign – brought to you by Health Canada.

This GYST post offers Lessons Learned from a wrong-headed and bad-hearted campaign targeting drug use among young Canadians. Here’s the take-away on what to do and what not to do:

The 10 week ad campaign was targeted at parents of teens, despite evidence that what works are long-term programs designed to counter social influence and improve teens decision-making.

Health Canada requires rigorous evdience from any group that asks them for money, so its hard to understand how they missed the boat so completely on this campaign.  Clearly they did and they didn’t have to.  There’s a wealth of free resources available for developing innovative, evidence-informed campaigns – check out the Center for Disease Control, Health Communications Tools for developing social media campaigns at https://cdc.orau.gov/healthcommworks/ and the Public Health Agency of Canada Portal for Best Practices Planning Public Health Programs

For decades, campaign strategies to prevent drug use have centered on warnings about negative consequences, including the famous “This is your brain on drugs” fried egg commercial.

A 2013 study showed that scare tactics focused on reducing teens’ use of drugs and alcohol were ineffective. If anything, it may cause them to consume more.

Despite the recent evidence, Health Canada’s ad was posted in October on YouTube and features ominous music and dark images that highlight drug impacts on the brain and make “scary” claims about lowered IQ that have been widely challenged by researchers.

Make new mistakes, not the same ones you made before.  See Lesson One GYST Take Away.

When you share something on social media or in real life and people respond, that’s influence.  You Tube, Twitter and Facebook comments can help build your reputation and provide a direct feedback loop.  Which is all good news – it means your message hit your target audience.  But that audience can now hit back.

There is nothing wrong with using social media as a vehicle for your message.  There  is growing evidence, that, when used smartly, both social media and traditional media alone can promote ads that have significant positive influence on improving health-related attitudes, beliefs, and behaviors.  Health Canada’s anti-marijuana ad isn’t one of them.

Your message, your brand, your values and your reputation are all on the line in a public campaign. Check out this link from the advocate marketing experts at Zuberance to learn more about avoiding and fighting negative word of mouth

Influence is the ability to drive action and it’s the coin of the realm in politics. Healthcare professionals have a lot of sway with the Canadian public, which is why Health Canada wisely sought partnerships with medical associations that could add to the credibility and reach of their message. But the main groups representing Canada’s doctors decline to join anti-marijuana campaign calling it a political football. They were right to do so.

The Health Canada ads ran at the same time as Conservative party ads that attacked Liberal Leader Justin Trudeau over his promise to legalize, regulate and tax marijuana.  Federal marijuana policy is likely to be a key point of political debate ahead of the 2015 federal election as Trudeau calls for Canada to legalize marijuana for recreational use.

The Conservative Party says the proposed Liberal policy would put kids at risk.

The question that begs asking is what impact current policies have had on young Canadians becoming the biggest pot consumers in the western world?

Complex health issues like drug use among young Canadians will require the efforts of many powerful players across all social systems. Check out CoalitionsWork to learn more about building and sustaining partnerships and coalitions.

One bad campaign probably won’t destroy Health Canada. But you would think that a government agency, which has the money to translate knowledge into action, would be a no-brainer to GYST with its own campaign. Sadly, even with $7M, this time they did not.

The combination of science ignored, a missed target, alientating experts, a hefty price tag at taxpayer’s expense and the public shaming on their own You Tube channel, leaves Health Canada with a GYST Score of 0/3.

Canadians will have the official score of the anti-marijuana post-campaign evaluation required under Treasury Board Guidelines, possibly in time for the next federal election in the fall of 2015.

Pat Kelly is the Principle with Pat Kelly & Associates, who specialize in building healthcare movements. www.patkelly.co